It seems to come with the territory. Every elite athlete, whether young or old, occasionally hangs out with ol' man injury. My roommate in college during the 1960s had been one of the fastest quarter-milers in Massachusetts when in high school. He remarked how surprised he had been to encounter injury during his junior year in high school. "Here I was, in the best shape of my life, able to run faster than almost anyone else in the state, but I could barely walk down the hall or climb up the stairs." That's the trick, of course, for the competitive athlete. One is always on the edge; if one is not pushing the boundaries, someone else is. There is always some competition coming up, some test of one's ability. Who has not marveled at the speed and grace of Usain Bolt, the fastest man in the world? But he has missed competitions due to injury. Sometimes the injury is dramatic and public as when an athlete pulls up lame or falls to the track clutching his or her hamstring. But often the injury occurs during training and the public simply learns of it when told that the expected athlete has scratched and gets the DNS (Did Not Start) designation.

I am musing on this because I am currently injured. While not the fastest runner in the world at my distance I am one of the fastest long distance runners for my age. Among other things, I am the 2014 Half Marathon champion of the USA [for my age group]. Yet last week I could barely jog and certainly could not run much faster than a weekend jogger. Climbing stairs was a little painful, 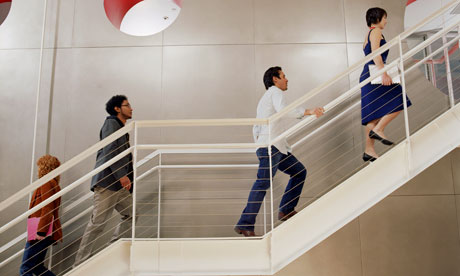 walking was awkward and if I had needed to break into a run when crossing the street it would have been worrying. Yet the week before I had run a 5.0 mile road race in 32:24 seconds and finished well ahead of most folks half my age and younger.

The aggravating thing is that I am not quite sure of the cause. I have ideas of course but there is no smoking gun. The injury came up to me gradually and will, I suppose, go away gradually--at least that is the pattern so far. About a week before the Beach to Beacon race I noticed a slight tightness in the upper back of my right leg- where the hamstring meets the gluteus maximus; I remember mentioning it to my son. But all of my workouts that week had gone very well and I have no recollection of any difficulty or impairment while running. Of course running is what I do best; I have noticed occasionally in the past when I have some minor injury or ache that makes walking or jogging awkward, once I increase my pace for a normal workout I can feel relaxed and graceful again. Still one would think there would be a proximate cause.

What happened during that week was that my workouts were pretty normal. They varied from short, easy runs of about 4 miles up to a longer run of about 8 and a half miles. Two days were fairly hard workouts, one of about 6 miles over rolling hills where I was definitely pushing up the hills and one day of speed work where I ran approximate 440's along a dirt road. Was the dirt road the initial culprit? Maybe? But I had also pushed my training over several weeks and maybe did not schedule enough easy or rest days. But the result was a dull pain in the background, a sense of tightness in the upper back of my right leg. I hoped it wouldn't affect me much in the race and that seems to be about right. If it affected me at all, the effect was minor. I did not run my fastest race but it was within 40 seconds of my fastest 10K of the past year, 40:39.

That day and the next day we drove back home to Indiana from Maine. The second day was a long one in the car, about 12 hours all told. And that was not good for the muscle strain; it stiffened up. So I ran an easy 4 miles the next day but with some pain and considerable tightness. The next day I had planned on some speed work on the track as I was now pointing toward the USA Masters 1 mile road

championship in a couple of weeks. But I was not able to do it; I could not even get up to half marathon race pace. Certainly not the mile pace I was looking for.  Did running on the track with its relatively tight turns add to the problem? Plausibly, it contributed, but I do try to alternate from counterclockwise (standard on the track) to clockwise--which should help--but maybe not


enough.The next day I had a longer run planned and took some ibuprofen to help with the inflammation. I ran better but did not test it with speed. The following day I ran about 5 miles and was able to include a 93 second quarter mile and then the last 0.75 mile at 7:30 pace. So I was feeling like perhaps the worst was behind me. The next day I stayed fresh by jogging a bit and throwing in 5 surges of 25-50 yards at a brisk pace. The following day, Saturday, I was entered in a 5.0 mile race. I went and warmed up and still felt a little tight but after a good warm-up, felt reasonably okay at the starting line. Once again you could not detect the injury from the race. Once it started I went out well and kept up a good pace all the way, averaging under 6:30 per mile.

Except for background dull pain in the upper right hamstring/glute area, the next two days of 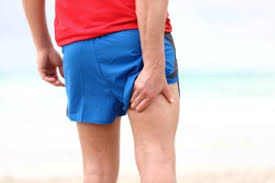 workouts seemed pretty normal.Sunday I ran about 7 miles in about 59 minutes, maybe a little slower than some other times but not problematically. The following day was speed work on the track, with 220's at about 40 seconds and 440's from 89 down to 81.5--a very good workout! But maybe that was too much, aggravating the injury. In any case that was the last 'normal' workout I've had. The next day called for an easy 4 and a half miles or so; ordinarily that would take low to mid 30 minutes time; this day it took 41 minutes and a bit of pain. The following day I had planned a longer (6 + miles) fairly easy day. Again a lot of background pain and it took about 46 minutes to run about 5 miles-so much slower than normal. Then took a couple of days off then tried again--no power and not much of a workout. Took 4 more days off and tried again--not that much better. Finally consulted my current running guru, Thom Burleson, co-owner of Athletic Annex, a coach of some female post-collegiate elite runners, and a top Masters runner in his own right a few years my junior.

He suggested some core exercises, additional stretching, staying off the track for a while and adding a heel lift to my running shoe. At least outside his shop, running felt better--not entirely normal 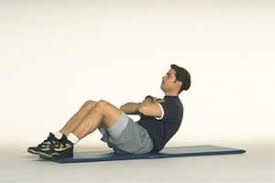 but better than it had been without the lifts. I also got a new pair of trainers as my existing pair had done its 500 miles--that seems to be close to my maximum. When I get near or beyond 500 miles I seem to notice a difference.

So what was the cause? Not sure but probably it was a mixture of things--probably over-training, pushing too hard, combined with running on a 'crowned' dirt road, then too much track work, and a pair of trainers that were gradually losing their middle cushioning.Hoping that a few days to a couple of weeks with the new running shoes and lifts and exercise, I will be back on top of my game--I will let you know.

Posted by The Running Professor at 5:31 PM